Economic growth of the South and England’s cities on track to outpace the North and Midlands and England’s towns, as the country recovers from the pandemic.

As we reach the end of 2020, the launch of a COVID-19 vaccination programme points to light at the end of the tunnel. This is reflected in our economic forecast, with the EY ITEM Clubprojecting a return to growth in 2021. However, the consequences of the shock from the pandemic will continue for some time, particularly with regard to the Government’s ambition to level up the economy. Our sixth economic forecast for England’s regions, cities and towns, suggests that the gap between the North and South of the country is likely to widen over the next three years, and that cities will pull further away from towns.

However, despite the challenging outlook, we believe there is a unique opportunity to transform England’s economy and move to the Next Level: a more prosperous and balanced economy.

Moving to the ‘Next Level’

There are no shortcuts to ‘levelling up’ England’s economy. Despite around 40 geographic policy initiatives over the past five decades, it remains one of the most regionally unbalanced developed economies.

Our analysis of Gross Value Added (GVA) in England found that the share of the UK economy accounted for by the four most southerly regions increased from 60% to 63% between 1997 and 2019. In these 22 years, London’s economy grew by an average of 3.2% annually compared to 2.2% for the English Core Cities. The increase of 1.8% in the towns and communities in England was over a fifth slower than in the larger cities and only 56% of London’s growth rate. Even this figure masks further disparities, as growth in the towns of the North East and Yorkshire and the Humber averaged just 1.4%, less than half that of London.

By weakening the sectors that towns most depend on, COVID-19 has made levelling up even harder. The unprecedented economic shock hit the North and Midlands and England’s towns harder than its major cities. With high value-added services projected to grow faster than manufacturing and the rest of the service sector, we project cities will grow faster than towns and the South will outpace the North over the next three years.

With the current policy outlook, we expect the development of the economy in the next three years to continue the trends evident since the late 1990s. The largest cities will outperform their regions in economic and employment growth terms across England, and cities will outpace towns everywhere. In no region will towns grow faster in aggregate than their region. With a faster recovery, more places would have positive GVA growth but there would be little change in the geographic balance.

The Government’s challenge in levelling up

Despite the difficult backdrop, the Chancellor’s 2020 Spending Review underlined the Government’s commitment to geographic rebalancing. Most strikingly, he confirmed the previously proposed increase in capital infrastructure investment and announced a £4 billion Levelling Up Fund for England to improve the “infrastructure of everyday life.”

Although the pandemic has caused ministers to delay their detailed policy delivery plans, the launch of the National Infrastructure Strategy (NIS) provided insights into the Government’s thinking. On levelling up, transport and digital infrastructure investment and support for City Regions were clearly identified as key policy tools.

The focus on City Regions maintains the approach to rebalancing pursued for the past decade. However, with the gap between towns and cities widening, city-led growth alone will be insufficient to level up England’s economy. While boosting cities may help towns in parts of the country, a more segmented approach based around local differences is required.

We also need to take account of the future shape of the economy and society. Alongside the human and economic costs, the forced lockdown showed there are choices as to how we organise and balance work, education and home life. Many of the resulting shifts were positive for geographic levelling up, creating opportunities to rebalance towards a transformed economy.

For policy, these changes may outlast lockdown – and our surveys of business leaders and individuals suggest the appetite for change is widespread. EY’s Future Consumer Indexfound that people expect to modify their lifestyles in future, with 41% expecting to socialise differently and more than fifth to change how they work.

These changes offer the opportunity to adjust the balance between cities and towns. Increased homeworking could reduce congestion and improve circulation around larger cities without extensive investment in transport infrastructure. Even greater benefits could flow from creating ‘virtual’ jobs in places that have struggled to attract employers.

Alongside individuals, businesses also recognise the need to adapt to the emerging environment. In October 2020 we surveyed over 200 foreign investors in the UK and Europe, and 61% cited the “changing economic model of city centres” as a theme shaping their future investment decisions.

These findings can help identify the sectors offering the highest growth potential for the UK. Investors highlight digital, life sciences and health, and construction and real estate. These align closely to the behavioural changes emerging from the consumer surveys.

Two other specific areas offer direct potential to drive levelling up. The first is manufacturing, a sector with 86% of its activity located outside the UK’s major cities. Seeking to move closer to customers and build resilience, manufacturers are working to reshape their supply chains, with 32% expecting to reshore activity to the UK. With technology playing a growing role in manufacturing, the UK will be better able to compete than when labour costs drove location decisions. A relaunch of the Industrial Strategy offers a once-in-a-generation chance to reshape the UK’s economic geography.

Finally, the shift to net zero can also help. The Prime Minister’s 10-point plan identified solutions such as farms and carbon capture facilities, typically located outside of major cities. Businesses and consumers are supportive of reductions in carbon emissions, and policy should harness this positive sentiment.

At the macro level there are many sector opportunities that could help levelling up. However, these must be tailored to local circumstances. Alongside a segmented and targeted sector approach, this will require changes in the process and culture of economic development.

Historically, the UK’s policy initiatives for geographic rebalancing have tended to be top-down led. A more differentiated approach will require a new process, and an acceptance that understanding local characteristics is the starting point for national policy frameworks.

The challenge is to strike the right balance between scale and local adaptation. The process should begin with local economic analysis and community engagement, providing bottom-up assessments for consolidation into strategies at higher levels of aggregation. While the level of aggregation will vary between places, the outcome will be a national strategy for levelling up that is based on local needs.

In the 2020 Spending Review, the Chancellor announced plans to relocate civil servants outside of London. This is exactly what is needed to boost capability at the local level. It can help to enhance policymakers’ understanding of differences across the country and provide resources to support local analysis and planning.

The aim should be to tailor the identified sector opportunities to local conditions. This will provide the basis for investments in skills, transport, digital, and social infrastructure and research at a granular level. Once plans are agreed, resources should be released to local control for delivery. The Government has made a great start with its commitment to City Regions: the next step is to develop a more detailed strategy for the rest of the country.

Although COVID-19 delivered a huge economic and health cost, the response to the pandemic showed us that there are alternative ways to organise our economic and social activities. With our research showing that both businesses and consumers are aware of the opportunities which change offers, and are keen to explore them, we believe there is a unique opportunity to transform England’s economy and move to the Next Level: a more prosperous and balanced economy. In this report, we identify the key steps required to make this vision a reality. 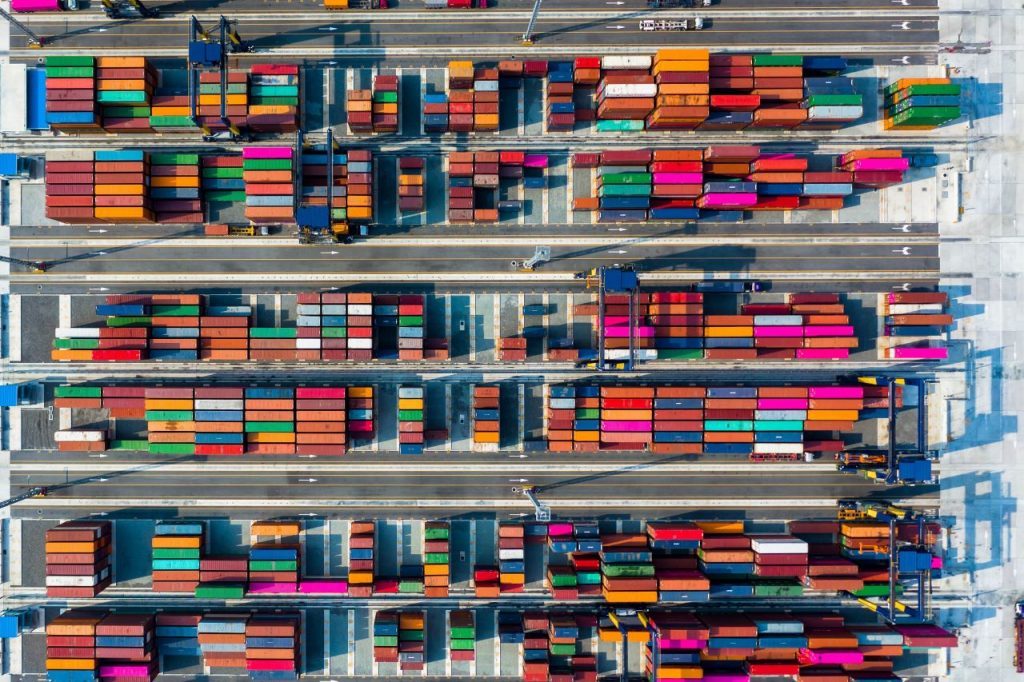 The dust has settled. Now we can really start planning for Brexit By EY 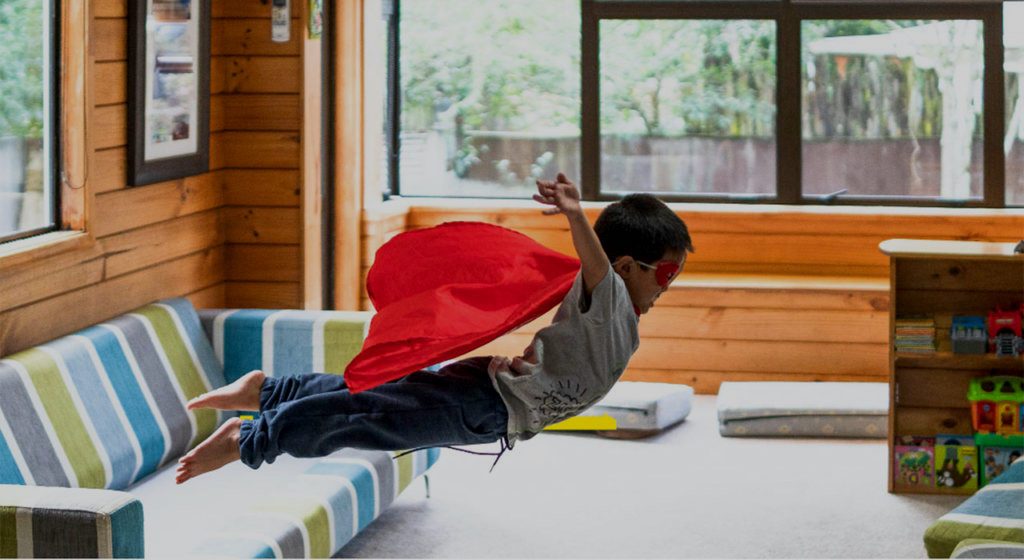 How can risk foresight lead to AI insight? By EY
Follow us on LinkedIn for the latest updates