Certainty can be defined as the confidence that we have in our beliefs. It is a determining characteristic of how we perform as individuals, as a team and as a company. The more certain we are in our beliefs – irrespective of how accurate or disruptive those beliefs might be – the more passionately we defend and act upon them. Consequently, certainty can be considered one of the most influential forces and ‘the catalyst that turns attitudes into action, bringing beliefs to life and imbuing them with meaning and consequence.’ (Tormala & Rucker, 2015).

There is a case to be made that the certainty of a company is directly reflected in their approach towards innovation. For this article, innovation is defined as a non-constant, non-linear mode of change, and a break with all things available and known, whilst simultaneously it is ‘reliant on conditions that cannot be fulfilled at the time of the innovation.’ (Paech, 2000). To innovate therefore, can be considered a representation of how certain a company is about how the world is changing around them and how much that company is prepared to learn, adapt and change in order to maintain market share and relevance.

Given the uncertain world we find ourselves living in today, the link between innovation and certainty has never been more prominent. A recent study from McKinsey (2020) found that during this pandemic businesses (excluding pharmaceutical and medical) ‘are de-prioritising innovation to concentrate on four things: shoring up their core business, pursuing known opportunity spaces, conserving cash and minimising risk, and waiting until there is more clarity.’

Last summer, I wrote for ERP Today and implored businesses to continue leaning into the future and to look for the opportunities that this pandemic might offer. I believed then, as I do now, that companies must ‘embrace the certainty of the uncertainty’ mindful that some of the most valuable companies of today, including Airbnb, Slack, and Uber were all born from the ashes of the 2008 financial crisis. Indeed, studies from Gulati et al (2010) found that businesses that reduce operational costs but ‘invest relatively comprehensively in the future by spending on marketing, R&D, and new assets’ are the businesses that win post-recessions, whilst McKinsey state their belief that ‘prioritising innovation today is the key to unlocking post-crisis growth.’ In spite of the evidence that supports this view; uncertainty still prevails and businesses continue to hold back.

The link between certainty and innovation is akin to the story of blockchain. Throughout its short but recent history it has always been overshadowed and to some extent undermined by the uncertainty and volatility that surrounds its greatest use case – bitcoin. Many businesses have perhaps believed that the value of blockchain technology is reflected in the volatile price of a single bitcoin, whilst others have been reticent to investigate its potential further due to associated stories of illicit behaviour that have stigmatised the maturity curve of the technology’s evolution.

During 2017/18 in particular, the link between the boom and bust of digital asset prices and the perceived value of blockchain were obvious. Some prominent business leaders seemed to dismiss the technology’s potential out of hand and attacked it across various mediums. Of course, others put forward more considered and rational reasons why they believed blockchain was doomed to fail, pointing out that the limitations of the technology meant it could never be ready for ‘enterprise adoption’. The limitations of the technology that were being referred to at that time were predominantly centred around the lack of speed and scalability in processing transactions, the difficulty integrating into legacy systems, lack of interoperability, poor user experience, its incompatibility with legal and regulatory frameworks and concerns around the finality of smart contracts.

For the companies that remained steadfast in their belief that blockchain offered much potential, their commitment to innovation now presents an opportunity for growth, particularly given how much the world has now changed. Early adopters are now using blockchain to enjoy new levels of operational efficiency, lower costs, whilst providing their customers with new digital experiences that build trust. Other companies looked beyond how blockchain might transform their businesses and instead recognised that the limitations of blockchain itself were less of a barrier and more an opportunity to build new products and services that could help companies to overcome those limitations.

Chainlink was one such company and with no metrics to measure how successful their innovation might be they were certain enough that the static nature of smart contracts on a blockchain needed to be solved. At their inception smart contracts did not satisfy the requirements of contracts in English Law (they do now) but they pushed on regardless and set about expanding on the capability of smart contracts, across any blockchain, by connecting them to ‘real-world’ data providers such as web-APIs, ERPs and IoT devices. Chainlink’s decentralised tooling, known as oracles, provides certainty that data being pulled into ERP systems (for example) via outside sources can be trusted. Their tooling helps to overcome concerns raised in relation to the finality of smart contracts. At the time of writing Chainlink has a market-capitalisation of over £6bn, demonstrating the economic benefits of certainty. 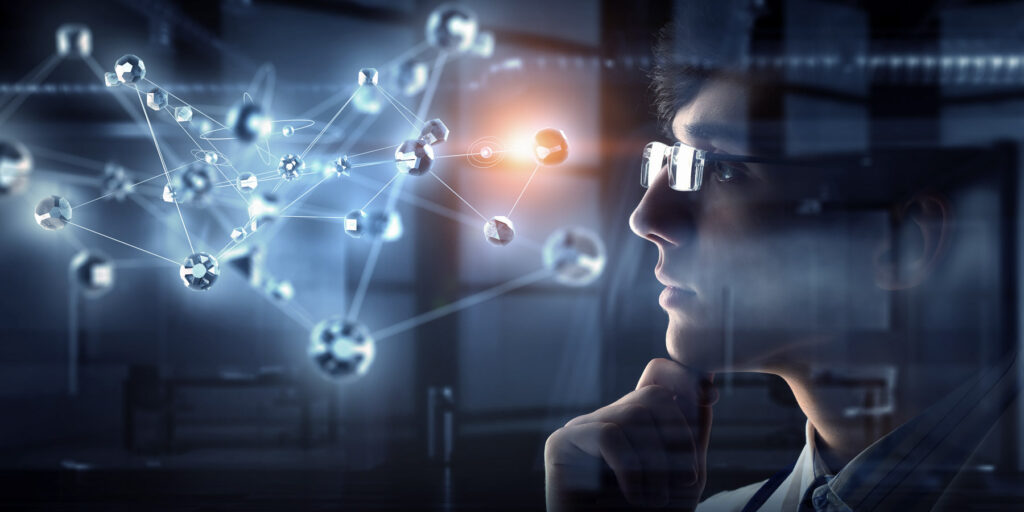