Like MTV, SAP broke through the noise of a 1980s market in stasis. But what is the current picture?

You’ve probably heard that SAP is 50 years old this year. I mean, you can’t really avoid the social media celebrations rippling out from the Walldorf epicentre, amplified by an eager to please SAP partner ecosystem.

My 50th celebrations last year were a little quieter. It was my son’s 21st in the same week and as a family we’d looked forward to a joint party since his birth, but we unfortunately both ‘celebrated’ at different ends of the UK in the final days of lockdown.

Big birthdays have been on my mind recently – perhaps as you get older and your own mortality crystallises, you better appreciate the passing of time. Alongside my own big milestone last year, I looked back nostalgically as MTV hit 40.

Like SAP, MTV broke through the noise of a market that was in stasis. Radio was pervasive when MTV first aired on cable TV in 1981. Cable turned a steady trickle of TV content to a fire-hydrant deluge – from three stations to hundreds at the flick of a switch.

When there are limited choices in a market it isn’t the best that succeeds, it’s the least offensive. With three channels, you don’t have to be great, you just have to not fail miserably. But with hundreds of channels, you need a competitive edge to stand out.

MTV’s competitive edge in the early 80s was delivering a combination of music and video in a 24 hour always-on format. It became the backbeat of Generation X.

SAP’s competitive edge was integration. They were the first to deliver a combination of business processes in a single application with tight integration across finance, sales, inventory, purchasing and manufacturing.

As first to market and with limited alternatives available, SAP didn’t really need to be great, it just needed to work. And it worked very well.

But then at age 20 with the launch of R/3, SAP finally came of age. There was a late 90s clamour for this new world of integrated ERP, and a whole ecosystem evolved around it.

In the same way that artists and record companies switched to focus on creating music videos for MTV, the likes of IBM, PwC, Anderson Consulting and countless others jumped on the SAP bandwagon.

A new ecosystem emerged, symbiotically thriving in the slipstream of the SAP juggernaut. And, if you got it right, like Michael Jackson did with his epic Thriller video, the rewards came rolling in fast. You got all of the ERP airplay.

In the early days it was integration that mattered most to businesses. Having everything in one system created a paradigm shift in efficiency. It enabled huge headcount reductions by reducing double keying, and greater accuracy through a common data model with inbuilt traceability.

This struck a chord with CFOs – never before had big business been so able to get an instant adrenaline rush of benefits.

Sure, the costs were high, but the benefits were huge.

MTV moved with the times. Initially intertwined with the music industry, it evolved to produce its own programming content and even cartoons – Beavis and Butthead, anyone?

The millennial shift to YouTube and Spotify as the home of new music has forced MTV to recreate itself – for better or for worse. It’s no longer the cool kid on the block, but it is still relevant to today’s audience. The brand has shifted its audience appeal.

But fast forward from SAP aged 20 to the now grey-bearded 50 year old and you see a product that is struggling to keep its audience appeal.

Intrigued by Gartner’s concept of composable ERP, we undertook a research project in late 2021 to find out where SAP customers are heading next.

While the 1990s gold rush was for integration, these results showed that the opposite is true in the 2020s. Across the 125 SAP customers polled, just four percent said that their future ERP would be a single monolithic SAP solution covering all business processes.

That’s a pretty compelling percentage. 96 percent of SAP customers want the polar opposite of what they wanted 30 years ago.

Why did the world clamour for a single integrated ERP solution 30 years ago, then have a 180 degree about-turn to now yearn for business processes in separate solutions?

Has the benefit of integration gone away? Doubtful.

Has integration of disparate systems improved so much that it no longer matters? If it has, I’ve not seen evidence amongst our customers.

Maybe it’s something else.

We can learn a lot from the principles of lean manufacturing – cycle time is inversely proportional to the WIP in the system. Or, the more you have in a ‘system’, the slower things move for you.

This means that the business functions that want to move faster, innovate and transform now have to go at the pace of the slowest functions. Everything gets frozen into the same glacier.

Gartner’s pace layering model is apt here – systems of record, differentiation and innovation, each moving at its own pace to underpin competitive advantage. Shadow IT is also part of this dynamic too.

In the same way that YouTube came along and ate MTV’s lunch, the likes of Workday, Salesforce, Coupa and others have chomped away at the functional edges of SAP.

By selling cloud native solutions directly to the head of business functions, and bypassing IT altogether, the notion of composable ERP isn’t so much an IT decision as an architectural compromise.

So, what’s changed? Why did the world clamour for a single integrated ERP solution 30 years ago, then have a 180 degree about-turn to now yearn for business processes in separate solutions?”

The research plays this out – when we asked how future ERP will be composed by business area, there was a clear correlation between the pervasive shared service type processes moving towards cloud solutions, whereas the processes involved in moving materials around (e.g. manufacturing and supply chain) are more on-premise and customised.

There was little interest in custom built solutions, using low-code or APIs. But there are precedents that might point to a different future.

Content management systems (CMS) that are used to build complex corporate websites have evolved over the past 15 years or so. Open source platforms like Drupal and WordPress are pretty much free, and have an army of independent developers continually building features and patches, all for the greater good.

Clever organisations have adopted platforms like this as headless CMS solutions, essentially using them as the backbone for their own custom solutions for ecommerce and content management, without adopting their UI and periphery features.

They then use JSON as an API model to build robust, real-time integrations to a slick custom-built front end. The development skills required for this are much more prevalent than SAP skills – more mainstream, faster to learn, and cheaper.

As the skills shortage of SAP consultants continues to bite, there may be practical and commercial reasons why SAP customers started to consider using the back-end of SAP as a ‘headless’ platform with a more modern, custom-built front-end.

Anecdotally, we’re working with SAP on a greenfield RISE implementation today – where SAP’s own architects are advocating IDOCs over APIs. It’s like going back in time and having the Spice Girls writing interface specs.

And then we have the hyperscalers.

10 years ago, SAP customers used proprietary BI solutions for analytics. They even invested in hardware appliances (remember the SAP BW Accelerator?). The same was true for Teradata – retailers and utilities bought their hardware appliances and licensed their software.

Today, businesses run open source data lakes on hyperscale storage and elastic compute. They pay not for the solution, but by the query.

As SAP reaches its 60s, will it be retirement time for the ERP system that the world’s largest companies run?  Or are we likely to see a resurgence from the aged rocker, morphing into a more cloud-native truly digital platform?

One thing’s for certain: the competitive tension on SAP means that the 2030s won’t be like the ‘Money for Nothing’ era of the 1990s. 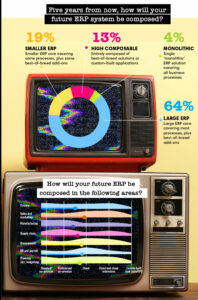 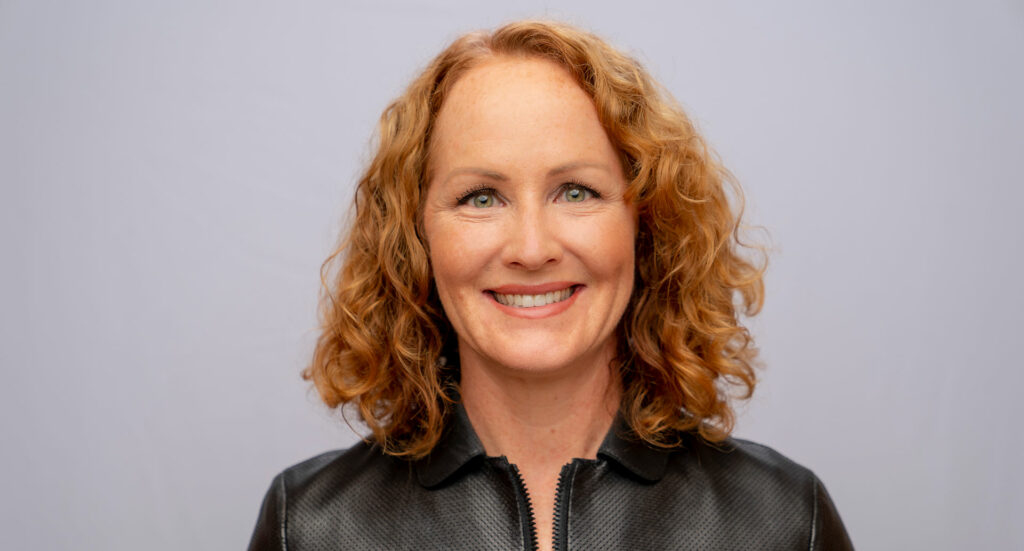 Guest Contributors We are ready to write our next chapter 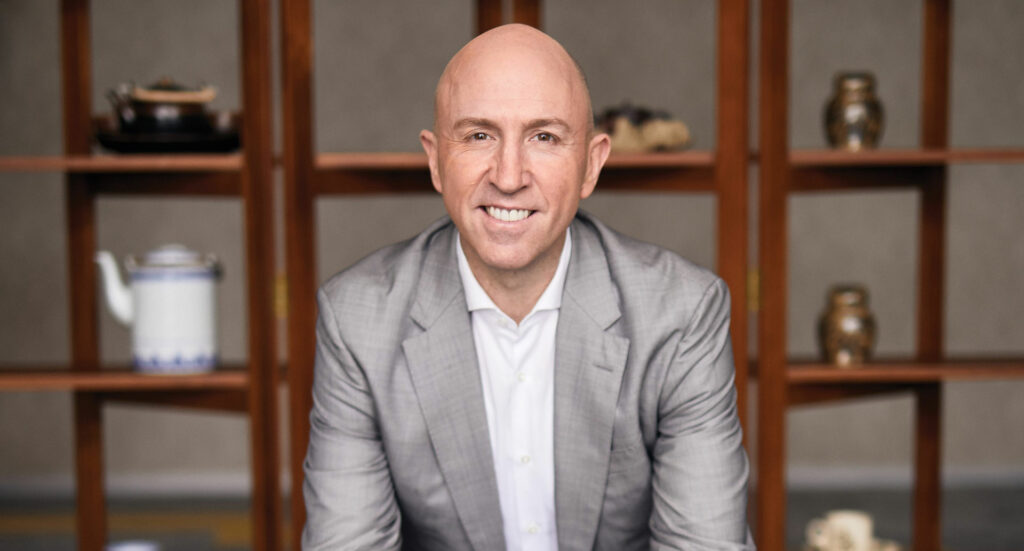 Guest Contributors Five key cloud opportunities for the next decade 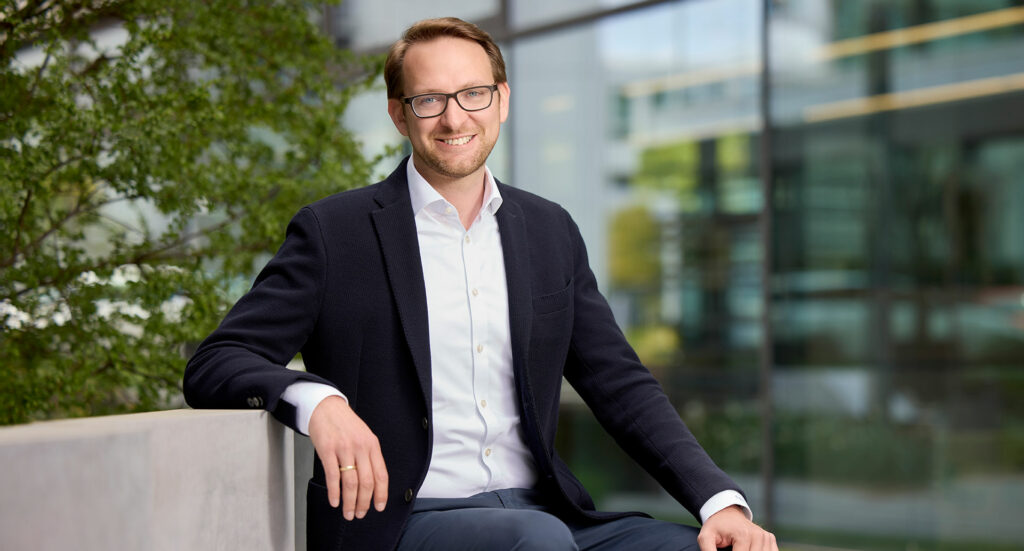