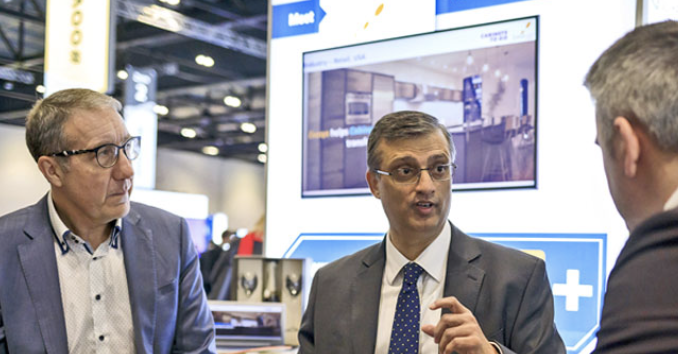 The second instalment of Oracle OpenWorld Europe took place at the Excel in early February. Unfortunately, our ticket must have got lost in the post and when we arrived ‘non-invitari’ we weren’t given press access so there’s not too much we can tell you about Oracle’s messages over the two days. Undeterred, we pressed on and spent the next 48 hours talking to partners and customers and decided to write an alternative review of the event from the outside looking in.

It’s true to say that if you are an Oracle partner, customer or even a casual user – OpenWorld is a great place to connect and collaborate. It’s easily the biggest tech conference in the UK and the revised layout, which solved the registration issues from the first year, definitely gave the event a much nicer feel. The excessive branding had also subsided and there was a definitely whiff of, dare I say it, humility about the whole thing.

Oracle has grown up by shouting at everyone that they are the biggest and the best – and to be fair to them – they have been. But the world has moved on from yuppy culture and the brashness of the Silicon Valley ‘yahoo days’ – business is much more cordial today and the world demands a ‘nicer’ way of doing things. Not to be confused with the purpose agenda, being cordial is about respect and manners and doing the right thing. Whether you are an Oracle-like megavendor or a tiny start-up looking for a break, the rules of doing business have changed; modesty, constraint and benevolence is now the accepted norm and it was a step in the right direction to see, and feel, that even Oracle may be moving in this direction.

That said, you may have noticed elsewhere in this issue of ERP Today that Oracle was the only vendor that did not participate in our annual ERP Vendor review. They were invited but sadly declined on the basis that they didn’t see the value in it. Not quite the view they had when they wanted to be on the front cover a few issues back but nonetheless the argument for abstaining was backed up by one exec who said: “It’s not like we are going to go broke if we don’t work with you on this.” Sure, and I’d agree, but given that many customers quote the same line “the only problem with choosing Oracle is that you have to work with Oracle” it may give management some pause for thought about whether arrogance is a trait that is best resigned to the history books.

Given that we didn’t have any official engagements with Oracle I spent the first day meandering between the partner stands asking the same questions; to which I almost exclusively got the same answers. Interesting that the partner network seems so aligned on many of the ‘hot topics’ in the Oracle eco-system, but I will spare any blushes and potential lawsuits by saving the responses for another day. All the customers that I spoke to had equally polarised views on the event and Oracle at large; there is no doubt that their application suite is the most robust and extensive set of technology tools available – just keep moving in the direction towards being a bit friendlier please Oracle.

By far the most interesting conversation I had during day one was with Gary Barnes from Evosys and Prahlad Koti from Mastek. As you may have read elsewhere in this issue of ERP Today, Mastek (who many of you won’t have heard of) has bought Evosys (which all of you will know). It’s a pretty stunning deal and not one that I anticipated – Evosys has taken more customers to the Oracle cloud than any other partner and it’s a pretty big development in the partner eco-system. We will be featuring Mastek and their plans with Evosys extensively in the next issue so stay tuned for our exclusive story.

As the day turned to evening there were three main social events for us to enjoy. We started at the PwC bash on the Sunborn and the main room was packed with customers enjoying some well deserved libations after a long day of networking. Our main takeaway was the conversation with Michael Wing, transformation director at Direct Line Group – another great household name that will be featuring in the next issue of ERP Today. Having already gone live with phase one (an EPM implementation) they should be live with their ERP project by the end of June. Wing was very complimentary about the work PwC had done and you can read a full case study on both projects in the June issue. Thanks to Sharon Castle and Scott Bailey for hosting and looking forward to collaborating soon.

Next on the list was the hottest ticket in town – the not so secret afterparty hosted by Oracle Contractors and a selection of other partners including Innovate Tax, Enginatics and More4Apps. It was a great turnout and was particularly pleasing to see how the smaller partners had come together to put on an event that was attended by a great cross-section of customers. Oracle Contractors are doing some great work, particularly in relation to IR35 regulations, and although they compete with my other business I am still a big fan of their approach to resourcing and the depth of industry knowledge that they have. Innovate Tax, headed up by the charming Andrew Bohnet, are the authority on tax technology – yes I know tax is boring but I’d rather be bored for a couple of hours and get my tax technology right than end up handing over wads of cash to HMRC. If you aren’t thinking about tax as part of your ERP strategy you are missing a huge trick and Andrew and his team are the best in the business when it comes to understanding how tax and technology should work together. And finally, a word for More4Apps who take something that is often the bane of our daily lives – Excel – and turn it into something that all E-Business Suite users can fall in love with. They create automation and integration solutions with an easy-to-use Excel interface and a range of ‘wizards’ and task specific loaders that can be adapted for myriad specialist uses. If you’re an EBS customer and you are looking for a better way to upload and download data to your ERP you should give these guys a call.

Our final pitstop was at the Namos social and although Mr Mason didn’t officially invite us we managed to gate crash proceedings just in time for me to hear about their incredible success being the only partner worldwide to achieve ‘Cloud Service Expertise’ designation. Not bad for a business that was started from a back bedroom just a few years ago and a great example of what can be achieved when drive, ambition and dedication is applied. Well done team Namos! 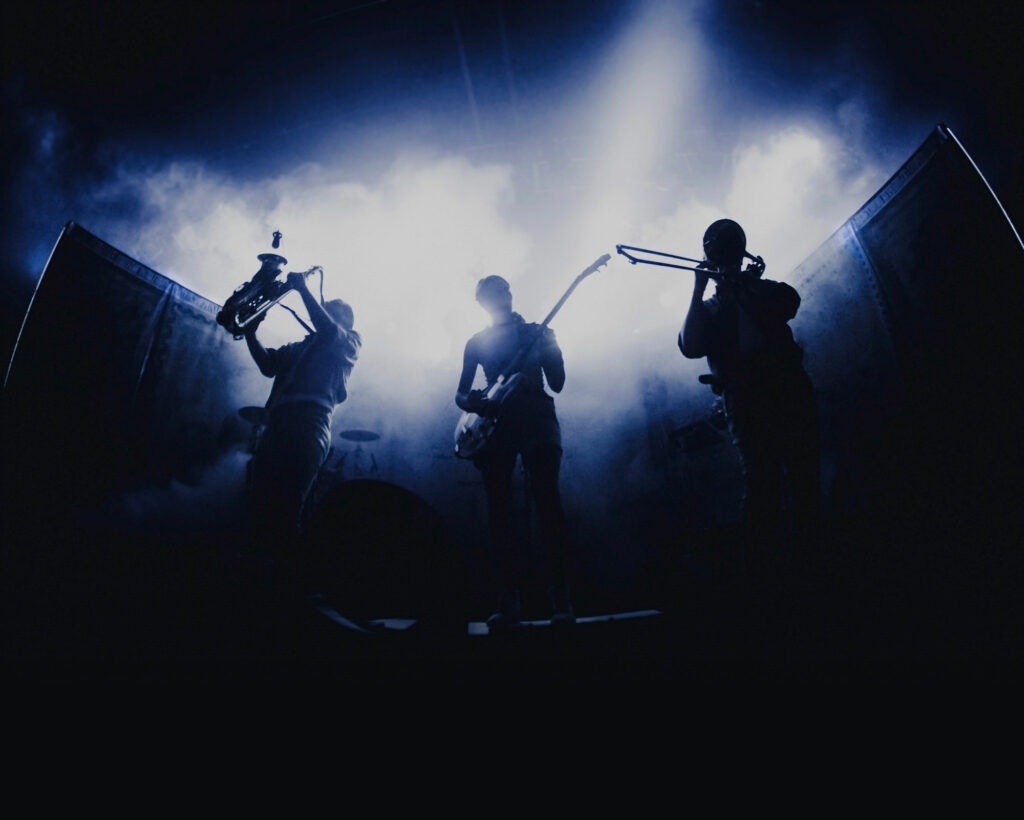 Can a new entrant change the game in the experience economy? By Paul Esherwood 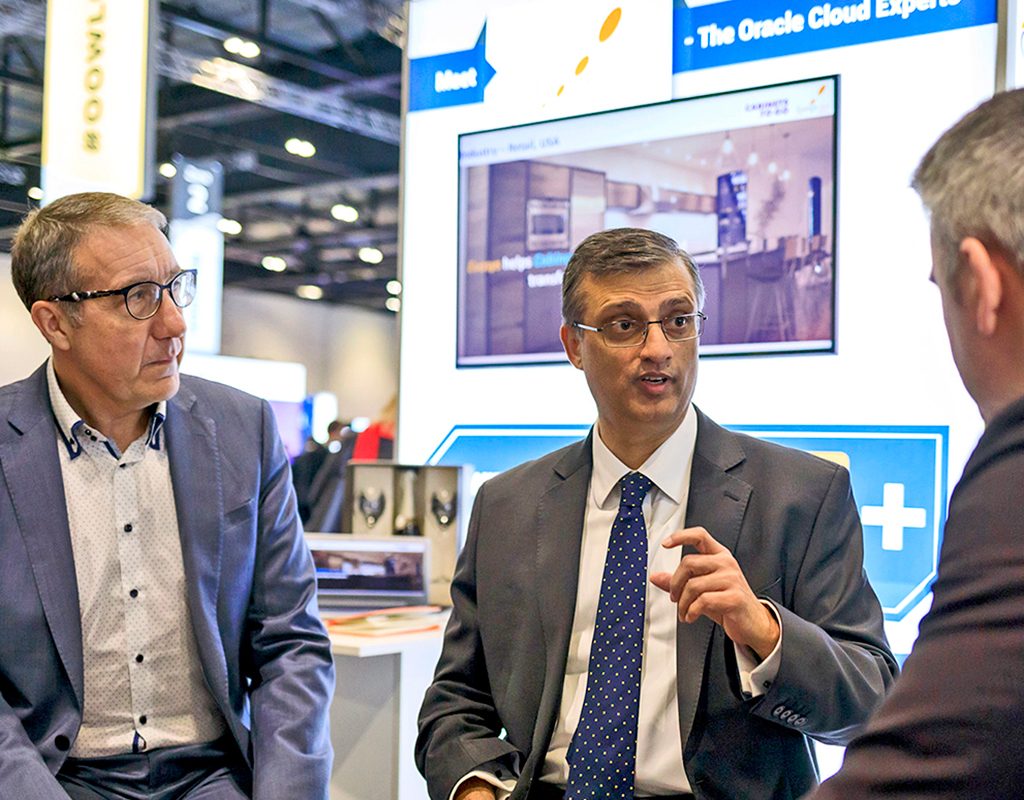