Although still largely in its early stages of development, quantum computing could represent significant advancements for the way we operate and run the ERP systems of the future. But before we get to a ‘superposition’ in business with quantum ERP, we need to figure out just exactly how we will use ‘quantum superposition’ to reposition our ERP position.

Even the most technophobic businessperson has probably come across the basic notion of binary systems. This is the foundation we use to run traditional computers. Built using binary code composed of just two values: 0 or 1, patterns of binary numbers are commonly known as ‘bits’, which themselves form the basis of the way we build with data in the modern world.

A quantum shift to superposition

Where binary machines work with numbers and strings composed of 0 or 1 values, quantum computing shuns bits in favour of qubits. A qubit can have a ‘quantum state’ (also known as a superposition) made up of two or more values simultaneously (called a superposition), which means that the scale of any computing engine built with a quantum foundation has exponentially greater power.

Current state-of-the-art cloud-based computing may be safe for the moment, but it could become infinitely more vulnerable, SUSAN GALER / SAP

To put it another way, quantum qubits can be 0, or they can be 1, or they can be somewhere in between. Further, their value can change depending on the direction in a computer system that they are viewed from. In the simplest terms possible, quantum computing allows us to create more numbers out of our previous pool of numbers – and with more numbers comes more power.

Although some working machines have been built by organisations including IBM and D-Wave, quantum computing is still largely in the project and prototyping phase. Logically then, quantum ERP is also still only at an elemental conceptual level; how we apply quantum mathematics to the types of calculations needed in a modern ERP system is yet to be deduced.

But as embryonic as quantum ERP is, we can still think about how we will use this massive surge in power and intelligence as we design future system architectures today. We could be working with ERP financial software suites that run at an order of magnitude more quickly. More real time business processing could be enabled for ERP systems; and transactional and analytical data workloads will dovetail and speed forwards in unity.

“Current state-of-the-art cloud-based computing may be safe for the moment, but it could become infinitely more vulnerable when more powerful quantum computers take hold,” wrote SAPmultimedia spokesperson, Susan Galer, in a 2020 blog posting. What Galer says is true, so for every vulnerability quantum power increases, we must ensure that we redress the balance with quantum-powered security. “For example, quantum-safe cryptography is central to preventing corporate data espionage around everything from proprietary ingredients and formulas to differentiating processes and valued business relationships,” added SAP’s Galer.

Eyeing the future then, we could be driven to work with far more complex and powerful software tools from the start. What we might call the ‘core elemental’ pieces of ERP (such as inventory management, performance metrics, sales quoting, order fulfillment dashboards etc.) will be assumed to be standard out-of-the box functionality. In this future, ERP customers will start to demand markedly more complex and more widely integrated technical capabilities of their ERP systems.

Basic cloud is a legacy mindset

VP of product management at Infor, Rick Rider, says that what quantum computing further represents is a continued movement away from expectation and reality of technology experiences as we know it. From Rider’s perspective, when talking to customers, he feels that there is a general consensus that moving to the cloud is a positive, but – for the most part – conversations have stayed in the ballpark of ‘lower TCO’ and ‘no more upgrades’.

“However, even now that’s a legacy mindset. Technology will continue to push the envelope and it’s early adopters who will reap the benefits of being aggressive with their goals and expectations. The majority of ERP is becoming commoditised and it’s developments like quantum computing that sharpen this commoditisation drive by providing new ways to solve seemingly complex problems. Most importantly, it’s something to trust and not overcomplicate despite its sci-fi appeal,” said Infor’s Rider.

Technology will continue to push the envelope and it’s early adopters who will reap the benefits of being aggressive with their goals, RICK RIDER / INFOR

“While still early on, what this movement highlights is that CIOs and CTOs can put further emphasis on real-time insights and can begin to aggressively pursue ML-based simulations to create more effective or efficient products. Discovering new ways to pivot business models and processes to match previously unknown outcomes. Quantum will encourage and eventually demand tech leaders to continuously ask more of their systems, rather than facilitating the present,” he added.

So through quantum on cloud, we will ultimately witness a democratisation quantum power. Through quantum-powered cloud services, every company will be potentially able to gain access to quantum computing. This could be the point at which quantum ERP flourishes and we drive towards massively more complex analytics and scenario planning/modelling, a key benefit (and use case) for ERP systems.

From operational ERP to analytical ERP

There’s an additional leap to be made here. Given a quantum boost, we can move from operational-ERP to deeper use of analytical-ERP. We will shift from using ERP technology to drive, manage and maintain operations – and we will leap forward and onward to wider-ranging and deeper level analysis to control and direct business decisions with greater accuracy and with more automation.

“The agenda ahead for the industry looks interesting, covering the latest advances in reinforced learning, deep learning and quantum computing. The advances in AI-powered language recognition are particularly exciting, but I would be more guarded about when we can expect to see quantum ERP applications. In reality we don’t even need to use supercomputers for ERP applications, because we can get enough processing power from the cloud-based systems we have today (and are continuously improving in terms of performance and scalability), said Claus Jepsen, chief technology officer, Unit4.

Jepsen points out that, in practical real world terms, we would need to refactor and custom-code our software to run ERP on today’s already present supercomputers – all making it difficult to justify the business case. This would most likely be the same for quantum computing. But he says, in the future, there could be a couple of scenarios where quantum visibly improves ERP in specific areas such as facilitating more advanced human-like problem solving.

The agenda ahead for the industry looks interesting, covering the latest advances in reinforced learning, deep learning and quantum computing, CLAUS JEPSEN / UNIT4

“For example, in machine learning where you are running massively parallel tasks I could envisage a scenario where quantum computing dramatically increases the sophistication of the problem-solving and would lead to a dramatically different user experience. Quantum computing is often linked to the concept of artificial general intelligence (AGI), but if we could make the costs reasonable it would be possible to envisage AGI-like interactions between users and ERP applications far beyond what is feasible even today,” he said.

Looking ahead, Unit4’s Jepsen thinks that justifying the business case for quantum computing could make the argument for ‘quantum services’ even stronger. It would dramatically improve the performance of enterprise applications and create an infinitely more scalable environment for users to access applications, but users could manage costs on a subscription basis.”

It’s important that we’re not fooled into the wider vendor messages emanating in this space. Every enterprise tech platform company will want a ‘share of voice’ in the quantum discussion and, perhaps all too often, they will aim to placate us, the great unwashed, with positive platitudes and upbeat promises of a super-charged computing future. The practical reality of quantum in the ERP space may be a far rounder peg to fit into what is an essentially square hole.

“My expectation is that quantum computing will have little fully-deployed short to medium-term impact on ERP. Let’s remember, qubit computing is a difficult mathematical engine to apply to the majority of what falls under the ERP umbrella today,” said Bryan Betts, principal analyst at Freeform Dynamics.

“Further challenges exist due to the fact that the timescales involved in ERP aren’t your normal business IT ones i.e. ERP is embedded in organisations, it’s the foundation they build their operations on, so it runs to longer timescales – and right now, many organisations will already have their hands full migrating their ERP to next-gen platforms.”

Betts does see a couple of bright spots for a quantum ERP future. One is the potential uses for quantum-type work in areas such as route optimisation for logistics and transportation. This area does hold some promise, although it’s worth noting that this is only a small part of the overall ERP puzzle. Betts advises that for many organisations in the logistics sector – except perhaps the largest courier/delivery groups – the high cost of quantum would not be justifiable, so there is work to do in terms of how far quantum cloud services can bring that down.

Let’s remember, qubit computing is a difficult mathematical engine to apply to the majority of what falls under the ERP umbrella, BRYAN BETTS / FREEFORM DYNAMICS

“Another possible area (although it’s only a glimmer so far) is the evolution of ‘quantum-inspired computing’ as it’s known. This is the implementation of concepts such as quantum superposition either in software or in normal silicon – though in specialist chips, naturally. This might overcome the cost issues around niche uses such as quantum route optimisation, say, but it’s still not a general solution for ERP in these early days,” added Betts.

In reality, the majority of us will consume quantum power as a quantum cloud service. Where we draw the line between the speed of our web connections to the cloud and the raw backbone of quantum power that lies ferociously gurgling beneath has yet to be fully worked out. Once ERP and its associated business disciplines really start to plug in to quantum, we will know more.

Before we get to a super position in business with quantum ERP, we need to figure out just exactly how we will use quantum superposition to reposition our ERP position.

Subscribe to news updates Have you got some news to share? Please send your stories to beckie@erp.today.

Join our community of more than 10,000 digital leaders and receive weekly industry news and exclusive content before general release. 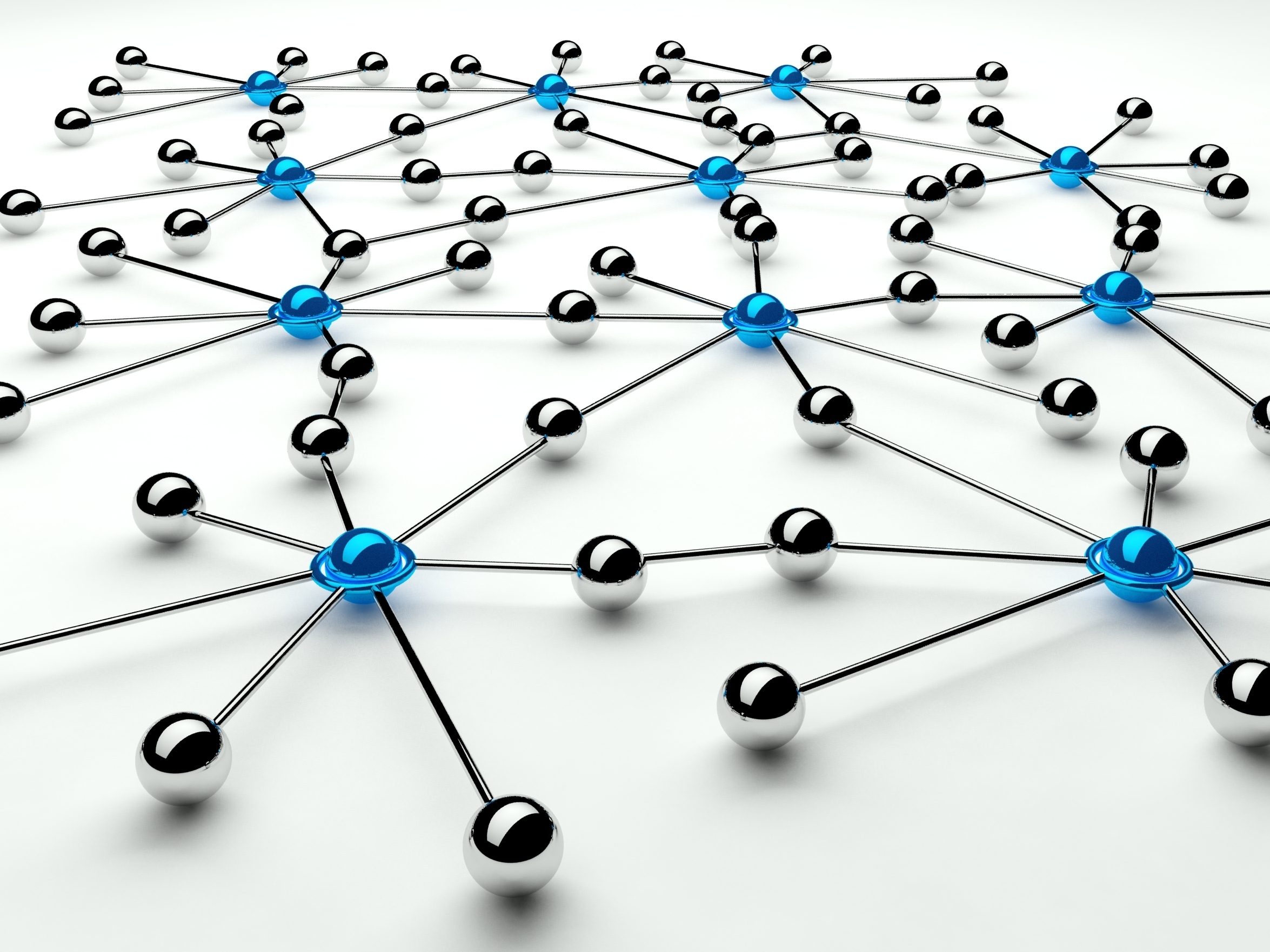 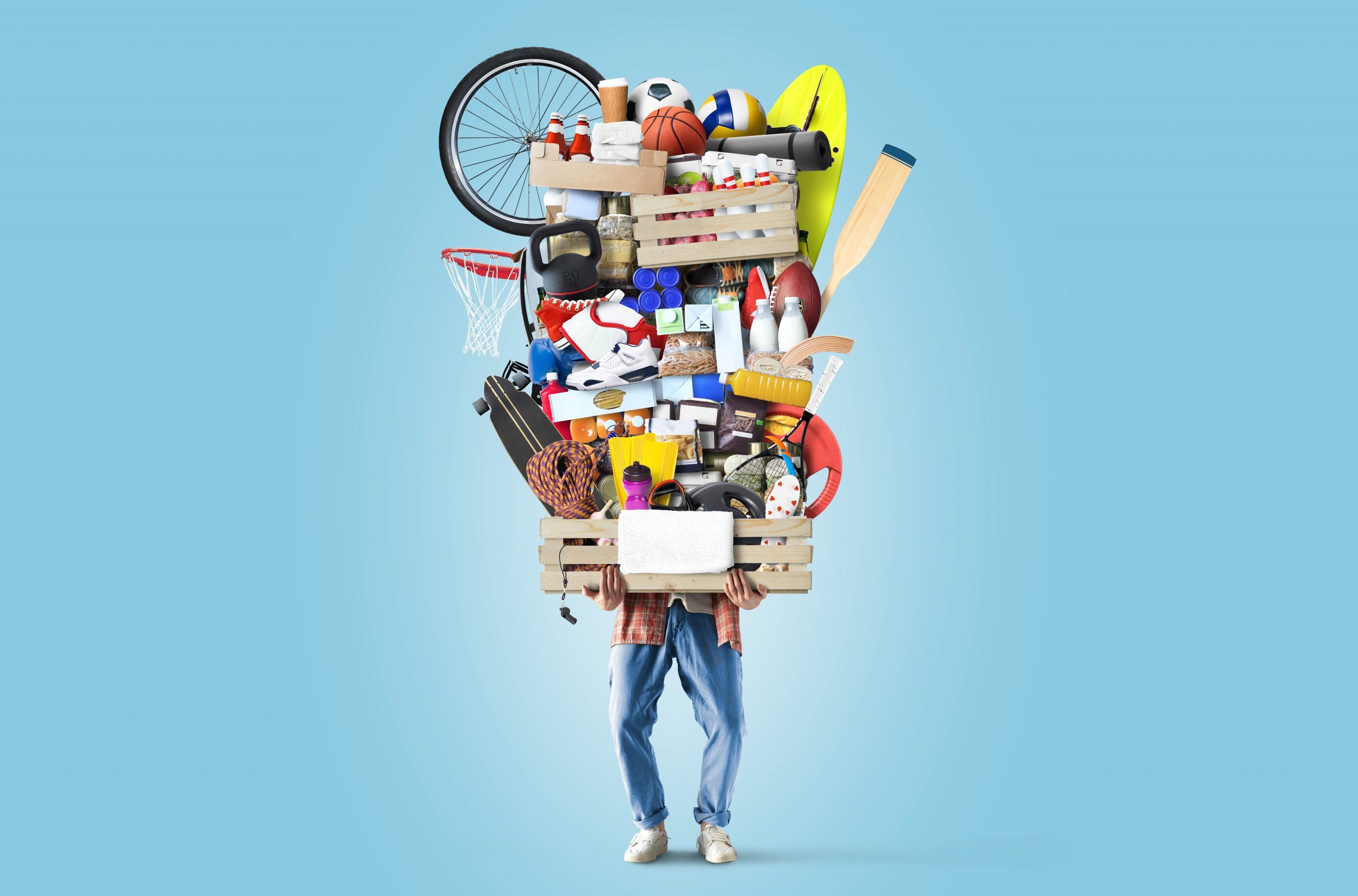